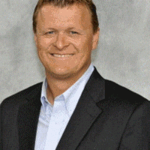 We are pleased to welcome back Chris Hughes for the 2017-18 season. Chris has been with the MFJ since 2013 and prior to this with the Georgetown Rangers.

Chris grew up in Mt. Clemens, Michigan where he played soccer for Lutheran North High School, before attending Calvin College where he was a two-time All-MIAA honoree.  Hughes graduated from Calvin in 1992 with a degree in business and communications

Chris then coached at Calvin for ten years, winning seven Michigan Intercollegiate Athletic Association (MIAA) championships and being named as the Great Lakes Regional Coach of the Year in 2004 by the National Soccer Coaches Association of America.

in 2012, he moved to Davenport University as Head Coach, where he won the National Association of Intercollegiate Athletics (NAIA) National Title in 2014 whilst also being named NSCAA/NAIA National Coach of the Year.  Under Hughes guidance, the Panthers have won the Wolverine-Hoosier Athletic Conference (WHAC) regular season title twice, in 2013 and 2015.

Chris will lead the Panthers in the Fall of 2017 as they begin their first season competing in the NCAA D2 Great Lakes Intercollegiate Athletic Conference (GLIAC).